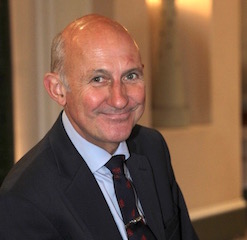 Edgar King has been the Events Manager at Trinity House for over two decades and is enthusiastic about its links to Britain’s maritime heritage.

To movie buffs, Trinity House may be familiar via its cameo role in the James Bond movie ‘Skyfall’ but the really interesting story behind our elegant 18th century mansion is its historic and continuing role in the nation’s splendid maritime history. This began in 1514 when Henry VIII granted the Guild of Mariners a Royal Charter and continues today - the House is the working home of the General Lighthouse Authority.  The Corporation of Trinity House is the largest single maritime charitable entity and donates around £4 million a year to mariners and related causes. 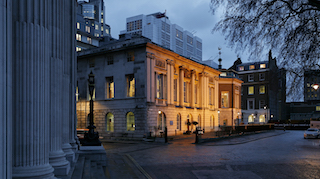 Overlooking Trinity Square Gardens, the House is well located close to key local, regional and international transportation links and is just next door to the new Four Seasons 10 Trinity Square Hotel.  The building has the ambience of a grand private residence and as a result, our events retain a personal approach that guests seem to appreciate. This outlook imbues the House a feeling of tranquility and calm, despite being on the doorstep of the hustle and bustle of the Square Mile. Attention to detail is a hallmark of our operations - perhaps that’s why we work so well with Jackson Gilmour! 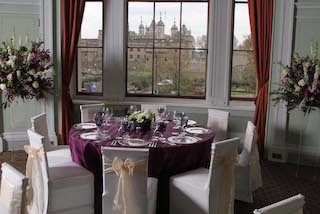 With its distinguished maritime credentials, the House is an ideal venue for any event linked to yachting and shipping so it was appropriate that eminent wine producers, Mouton Cadet, recently chose to launch their sponsorship of the America’s Cup GB Team here. Supported by Jackson Gilmour, Trinity House welcomed leading yachting, boating and wine journalists to a tasting of Mouton Cadet’s exclusive America’s Cup white and rose wine, accompanied by complementary canapés and a lively red wine with lunch. 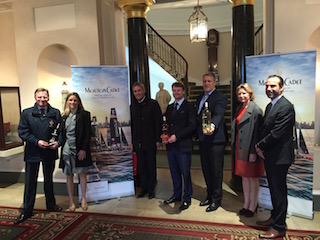 Arriving at Trinity House, guests entered a reception hall and proceeded towards the sweeping twin-curved staircase and up to the Quarterdeck on the first floor where the brass bell from the Royal Yacht Britannia is displayed.   Everyone appeared to soak up the ambience of the oval shaped Library with its minstrel’s gallery (and direct view of the Tower of London) before moving through to the Court Room and its arresting tromp l’oeil painted ceiling and imposing portraits.

During its 200-year history we have welcomed royalty, prime ministers and Lords of the Admiralty to Trinity House, so if you do decide to choose us as your venue, your guests will be keeping excellent company!

Back To All Blog Posts